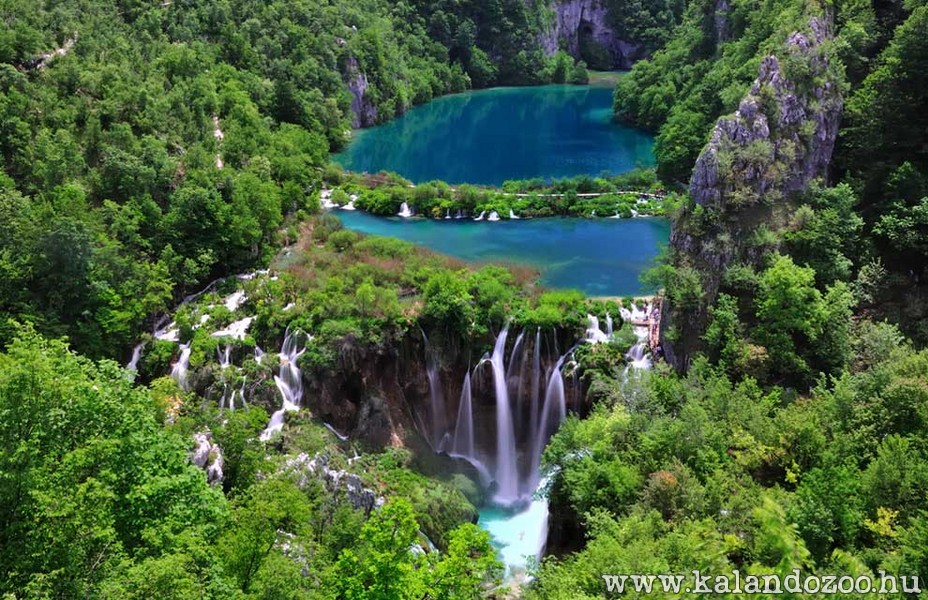 Situated in a thick forest, Plitvice Lakes are considered one of the most beautiful natural phenomena in the world.
The sixteen lakes, connected by 92 waterfalls, cascade through the pitoresque surrounding. Plitvice lakes were declared a national park in 1949, and since 1979, they have been on UNESCO´s List of World Natural Heritage. The park´s attractions also include several caves and the varied flora and fauna.
A guided tour of the park lasts about two hours and a half, including both a boat ride and a walking tour.
Join us on this trip to enjoy the magic beauty of the lakes and waterfalls, creating spectacular scenary.